Just as California winemakers are now recognized for products that rate among the finest in the world, California’s cheesemakers are also delighting palates with new cheese varieties and leading the way in the American cheesemaking renaissance. Year after year, they continue to win awards worldwide for cheeses that wear the “Real California” name with pride.

From Jack, Mozzarella and Cheddar to artisan blues and Bries, California cheeses can help you boost sales and check averages.

California’s more than 50 cheesemakers produce more than 250 different varieties and styles of cheese using exclusively California milk. These cheeses vary in style, flavor and aging, but they fall into five main families: fresh (unripened), soft and soft-ripened, semi-hard and hard, very hard, and spiced and flavored.

These are young cheeses that haven’t aged. As a result, they have a shorter shelf life than aged cheese and also carry a freshness date. They are typically soft and close in flavor to fresh whole milk. Like fresh milk, these cheeses require refrigeration.

California cheesemakers produce a variety of fresh Hispanic-style cheeses that are growing in popularity with diners. These include:

Some fresh Middle Eastern-style cheeses from California cheese producers include:

To give your menu an instant upgrade, try substituting a cheese or dairy product you already use with a more upscale artisan California variety. You’ll add the kind of menu appeal that can justify a higher price point. 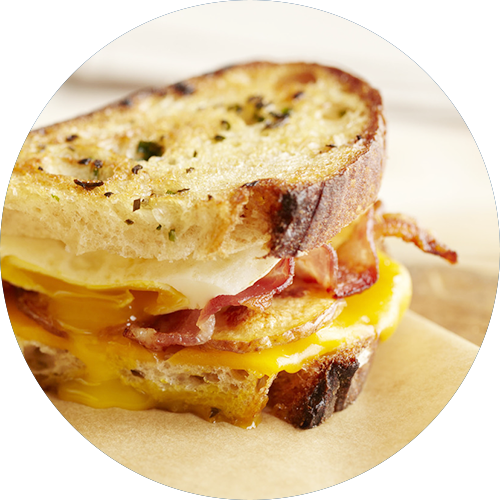 These cheeses are typically soft but have been allowed to mature somewhat. All cheeses in this category have a high moisture content. Mild when young, they usually develop a fuller, more mature flavor as they age. And while many of these cheeses used to be available only as imports, California cheesemakers are now making excellent examples of classic and innovative soft and soft-ripened cheeses themselves.

Some popular varieties produced in California include:

The descriptors “semi-hard” and “hard” refer to moisture content, not to texture. In fact, the cheeses in this category exhibit a broad range of textures, from semi-firm to very firm, and ages from quite young—only weeks old—to several months old or more. Because these cheeses contain less moisture than the soft and soft-ripened types, they hold their shape much better.

This category of cheeses contains some of the most popular cheese types, including:

California specialty cheeses in this category include:

Real-World Tip Mix it up

When creating a cheese flight or sampler, include a mix of fresh, soft, semi-hard and hard cheeses for textural and flavor variety. 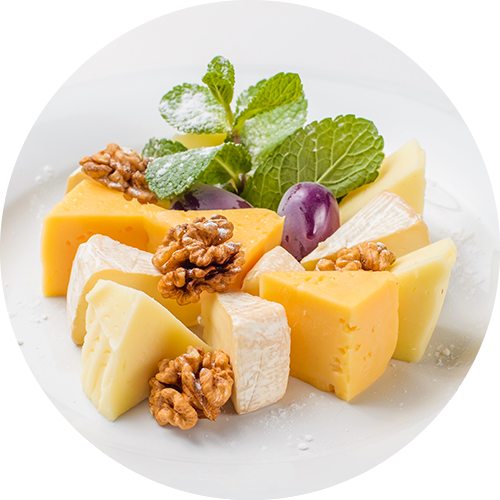 These dry cheeses are the hardest of all varieties. Also called “grating cheeses,” their low moisture content lets them stand up to longer storage. California cow’s milk cheeses that fit within this category include:

There are also hard versions—called añejo—of Hispanic-style cheeses like Cotija and Enchilado, which are very dry and crumbly. Perhaps the best-known real Californian in this group is Dry Jack, which is aged at least nine months and sometimes up to several years. It was created in San Francisco during World War I as a substitute for hard Italian cheeses when shipments from Italy were interrupted. Today, several cheesemakers make Dry Jack.

Adding spices and flavors to cheese is an old tradition that has become a specialty of California cheesemakers. Jack and Cheddar are the cheeses most often flavored, but California cheesemakers have been working with a number of other cheeses and an increasingly broad range of flavors, including pesto, garlic, jalapeño, onion, black pepper, green chile, cumin, caraway and sun-dried tomato. In addition to Jack and Cheddar, you’ll find spiced and flavored versions of the following cheeses:

When a menu calls for grated Parmesan, try branching out to other hard California cheeses like aged Gouda, Asiago or Dry Jack. From pastas to pizzas and more, you’ll find it’s an easy way to bring interest to the menu and the plate.

Semi-hard and hard cheeses are incredibly versatile. Slice them for sandwiches or use them in hot applications where you want that irresistible “melt factor”—like pizzas, omelets and grilled sandwiches. 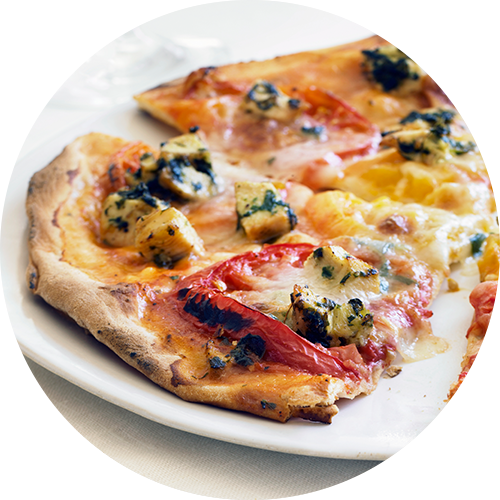 To make sure the cheese you offer is as food safe and appealing as possible, simply follow these handling and storing guidelines.

On occasion, you may receive a cheese that has suffered in shipment. The good news is that proper handling can repair the damage and coax the cheese back to its full flavor potential.

When you accept delivery on an order of cheese, follow this standard receiving checklist.

The ideal humidity varies with the cheese type, but most do well at 70% to 80%. The more humid the climate, the more friendly it is to mold, so white rind and blue cheeses need higher humidity. If your refrigerator is not designed solely for cheese, it may not have a humidity control and may be colder than ideal. If so, you’ll need to find the warmer places in the refrigerator in which to store cheese. These are usually by the door and near—but not too close to—the compressor. And remember, because heat rises and cold falls, you’ll want to store cheese no lower than waist level.

Follow these general storage tips for all but fresh cheese types:

These cheeses should be treated just like fresh milk. Store cold and tightly covered to prevent them from absorbing flavors from other foods, and use soon after opening. If you detect mold on a fresh cheese, discard it. Soft and soft-ripened cheeses: Store these cheeses in their original wrapping only if they are delivered in specialized plastic cheese wrap with aeration holes and tissue liner. (This style of wrapper regulates the cheese’s moisture and is increasingly used for cheeses such as Brie.) Foil also is acceptable. If the cheeses come in plastic wrap, unwrap immediately and rewrap in butcher, kraft or waxed paper. Store these cheeses in the refrigerator’s warmer places using a plastic food container.

For storage, unwrap hard cheese from plastic wrap and rewrap in butcher, kraft or waxed paper or foil. Store on Vexar in tightly covered plastic storage bins. These cheeses can be stored in a cooler region of the refrigerator, but not in the coldest part.

For very hard cheeses, use a simple covering of waxed paper or place them in a clean, empty plastic storage container. Keep them stored in a cold, but not too humid, part of the refrigerator, such as the lower shelves, where their heavier weight will not be a problem.

While most molds are harmless, some may produce toxins that can seep into cheese. Conditions that encourage mold growth include excessively moist or warm storage, poor handling, poor sanitation practices at workstations (see next section) and inadequate wrapping. Cheese experts also recommend against leaving cheese exposed to room temperature for more than four hours. Warm temperatures will stimulate mold growth, as well as cause the cheese to sweat and eventually dry out. Should mold form, trim the cheese one-quarter to one-half inch beneath the deepest mold penetration. If mold has spread to larger patches, you may have to cut away the entire section and discard it.

The following are sound sanitary practices for preventing bacterial contamination at cheese-cutting stations: