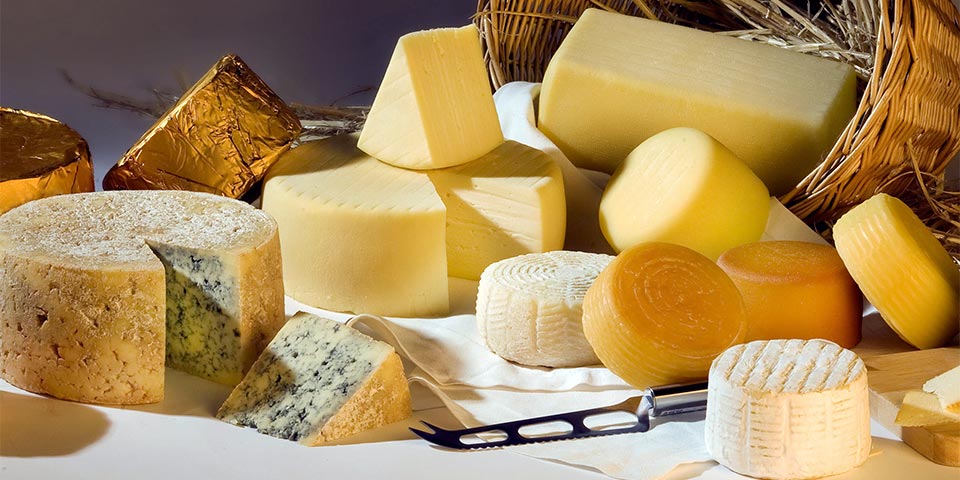 People the world over, know that Monterey Jack, or simply, Jack Cheese, was originally made in Monterey, Calif. by Franciscan friars. David Jacks, a local businessman, first sold the mild cheese as “Jacks Cheese” and the Monterey Jack name stuck. This famous native California cheese has been joined by a full slate of ethnic varieties crafted throughout the state to fulfill demand from Californians of all walks of life.

California has always attracted people from around the world, starting with the gold rush in the mid 19th century. A steady stream of immigrants continues to this day, now drawn by dreams of economic prosperity from the bountiful agriculture, tech and entertainment industries. These new citizens from around the globe bring cultural traditions as well as many native cuisines, including cheese. The state is becoming more than just a home to diverse ideas, it has become a leader in producing ethnic cheese varieties.

Hispanic cheeses dominate the California ethnic cheese scene as the state is the nation’s no. 1 producer of Hispanic-style cheeses, making more than 121 million pounds in 2015. Today, there are more than 25 varieties and styles that bear the Real California Cheese seal, including:

Mediterranean cheeses have a home in California as the state has huge populations of Armenians, Greeks and Lebanese. The most popular cheese from this region is called String Cheese. In Armenia, traditional string cheese uses a soft white cheese, like Mozzarella, as a base. The cheese forms strings because of the way it is pulled into braided loops. The product is flavored with black cumin and a Middle-Eastern spice known as mahlab.

This region is also home to Ackawi Cheese, named for Acre, a city in Lebanon. The cheese is white with a smooth texture and a mild, salty taste. It is commonly used as a table cheese eaten by itself or paired with fruit.

California is the no. 1 producer of Mozzarella Cheese, making more than 1.4 billion pounds in 2015. This well-known pizza topper began as an ethnic cheese with southern Italian roots, but has become the quintessential American cheese. A lesser-known cheese from Italy is Burrata. The name, burrata means “buttered” in Italian. This soft, flavorful delicacy is a fresh cheese made from Mozzarella and cream. The outer shell features a fresh Mozzarella stuffed with stracciatella and cream.

Of course, no discussion of cheeses from “The Med” is complete without a reference to Feta. This salty, harder bodied cheese has gained popularity over the last 10 years, followed by the rise of Greek Yogurt, which has ignited a passion for everything Greek. Feta is used as a table cheese, as well as in salads and pastries like spanakopita (spinach pie).

Continuing the trek across the globe, the next “home” for an up-and-coming cheese produced in California is a prominent cheese from Southern Asia called Paneer. This fresh cheese – common in Indian, Pakistani, Afghan, Nepali and Bangladeshi cuisines – is comparable to a Farmer’s Cheese that doesn’t melt. Many different dishes feature Paneer mixed with peas, potatoes and rice in tomato sauces or curries.

Demand for ethnic cheeses continues to grow and California is in the ideal position to satisfy consumer appetites. The state’s diverse population combines its traditional cheese making techniques with modern production technology to produce award-winning ethnic varieties. Of course, as the nation’s largest dairy state, California also provides the natural resources to ensure the quality is abundant.