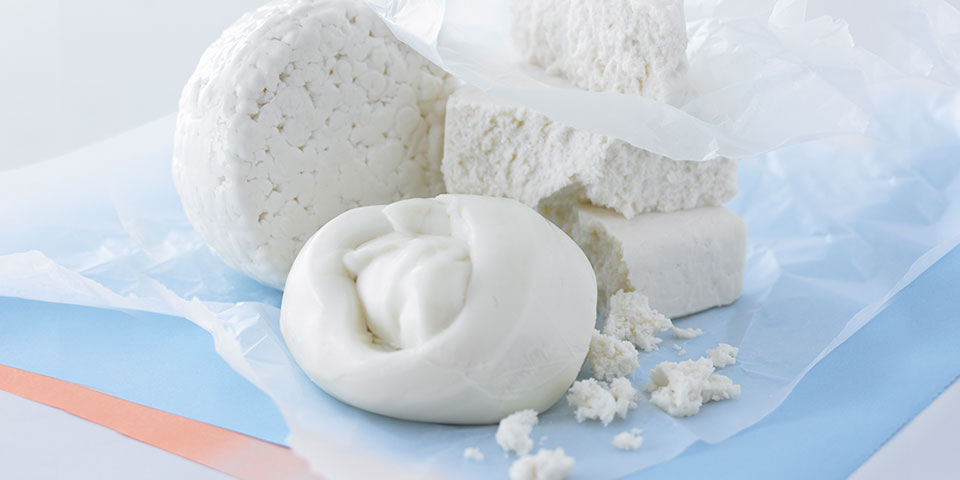 If you want to start a heated discussion among friends, inquire about which ethnic cuisine is their favorite. The top three – Chinese, Italian and Mexican – will dominate the debate. Technomics reports that 77 percent of Americans patronize an ethnic restaurant once a month, and 38 percent eat ethnic foods weekly.

When asked to choose, Americans were evenly divided as more than 70 percent reported to have dined out at a Chinese, Italian and Mexican restaurant in the past month. The next choice at 32 percent was Japanese (sushi).

When considering Mexican cuisine, dishes such as tacos, burritos, and enchiladas have become staples for non-Hispanic Americans. Like pizza, Mexican cuisine has great crossover appeal. However, unlike Mozzarella and Provolone, Hispanic cheeses are not as well-known, but are growing in status.

The popularity of Hispanic cheese follows the significant increase in the Hispanic population in the United States, which as of July 1, 2014, surpassed 55 million, making people of Hispanic origin the nation’s largest ethnic or racial minority.

Hispanic culture spans Mexico, Central and South America, even the Caribbean, so similar cheese varieties can have different names in different countries. Tastes, textures, sizes and shapes also vary by country or region. For example, the Mexican-American population in Los Angeles has different taste expectations than Cuban-Americans in Miami.

When most people think Hispanic or Mexican cheese, their first impression is probably the white and orange blend in their grocery cheese display. The more adventurous foodies are familiar with Queso Fresco or Oaxaca (the Mozzarella of Mexico), but chefs use various Hispanic cheeses in iconic Mexican and Caribbean dishes to add a salty and tangy counterpunch to traditional spicy flavors. In addition, Hispanic cheeses offer an affordable way to add authentic and traditional flavors to the cuisine.

For many years, chefs had to source these cheeses from across the border, but today California is the country’s leading producer of Hispanic cheeses, making more than 25 varieties and styles that bear the Real California Milk or Cheese seal, which certifies natural cheeses made exclusively from California milk.

Hispanic-style cheeses are available in both fresh and aged varieties. The following definitions describe the most popular Hispanic cheeses from California:

Queso Fresco - The most popular Hispanic cheese, Queso Fresco is soft and moist with a mild saltiness and slight acidity. It crumbles easily and does not melt. This cheese is often used as a topping or filling in cooked dishes.

Oaxaca - A mild, firm white cheese with a sweet milk flavor and slight saltiness, Oaxaca has an appearance that is similar to Mozzarella. In appearance, it looks like a braided or rolled ball that reflects the braided silver crafted in the town of Oaxaca, Mexico, where this cheese originates.

Cotija - Named after the town of Cotija, Mexico where it began, this firm, very salty cheese is similar to a dry Feta. Moisture content will vary by manufacturer, ranging from semi-firm to very firm, although all versions are quite crumbly. Cotija is also available in grated form.

Panela - Mild and moist with a sweet, fresh milk flavor, Panela has a firm texture similar to Fresh Mozzarella and does not melt, so it is often used in cooked foods. It is also used in sandwiches, salads and with fruit. It bears a distinctive basket weave texture from the round draining basket.

Enchilado - Also called Enchilado Añejo, this dry, crumbly white cheese is similar to Cotija Añejo but distinguished by its colorful reddish appearance, the result of a coating of mild red chili or paprika, which adds a slightly spicy flavor. It’s often crumbled or sliced onto Mexican foods, soups and salads. In cooked dishes, it softens but does not melt.

Manchego - Derived from the famous cheese of La Mancha, Spain, and traditionally made from sheep’s milk, the California version uses low-fat cow’s milk. This firm golden cheese has a mellow flavor similar to a slightly aged Jack, but more nutty. Primarily used as a snacking and sandwich cheese.

Today’s adventurous consumers seek new and interesting food experiences. Hispanic cheeses from California provide a perfect complement for chefs to add excitement to menus. Foodservice operators should experiment with these cheeses in both their traditional dishes as well as in new offerings.

For an unforgettable flavor experience bursting with authenticity, seek Hispanic Cheeses made from the goodness of Real California Milk. For more information, visit www.RealCaliforniaMilk.com