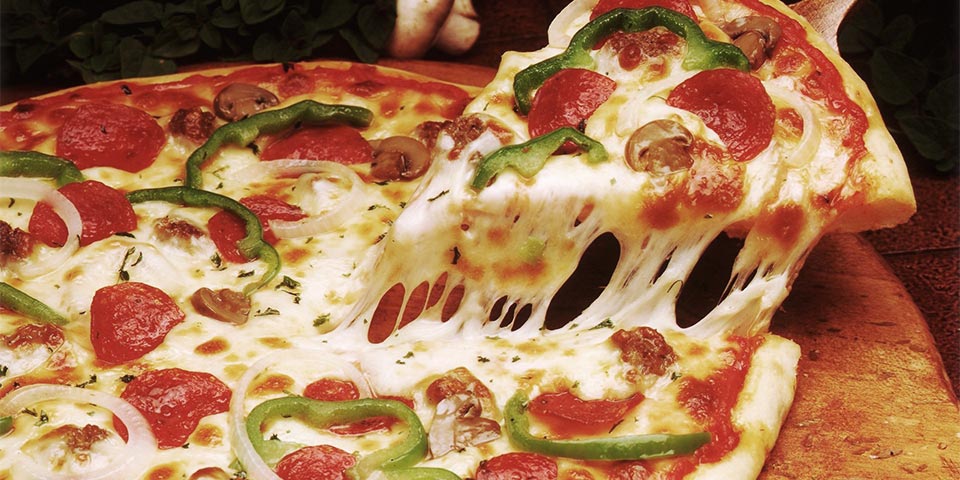 Recent reports on the pizza industry show a stream of affirmations about how much Americans love pizza: It’s the no. 1 comfort food (Harris Poll); 41 percent of consumers eat pizza once per week vs. 26 percent two years ago (Technomic); and 2016 sales are up 3.75 percent (PMQ’s Pizza Power Report).

The future is rising faster than dough in a hot kitchen, but not all pizza operators are celebrating. Currently, this success is largely enjoyed by the bigger chains, which can take advantage of their size and efficiencies to gain market share over small chains and independents. One study reveals that large chains have increased market share by 21 percent, while more than 8,000 independent pizzerias have closed in the past decade.

According to CHD Expert, an analysis of restaurant sales figures provide further evidence that bigger is better, showing that pizza chains (10 or more locations) have 57 percent of total sales. More importantly, large chains average $745,681 in sales per unit as compared to $444,691 for independents and small chains. These are annual figures calculated through Sept. 30, 2016.

The growing fast-casual segment accounts for a portion of the higher market share, as the top chains have been adding locations at triple digit rates. The more significant gain in market share is coming from traditional large chains, led by Domino’s Pizza and Papa John’s, which had banner years in 2016.

In a snapshot of its 3rd quarter 2016 performance, Domino’s sales rose by 17 percent and same store sales by 13 percent over 2015. In addition, they opened 316 stores during the quarter, bringing the store total to 13,252 worldwide. Its stock price, which has risen 50 percent in the past year, hit an all-time high of $163 per share. Papa John’s 3rd quarter was almost as impressive with same store sales in the U.S. up by 5.5 percent and 7.6 percent internationally. Revenue during the period increased by 8.5 percent.

The large chains are winning over pizza consumers for two primary reasons: They are faster and better at implementing technology and menu innovations.

Technology. Pizza orders from phones are still as frequent as in the past, the difference is consumers are clicking their orders, not calling. One study claims 51 percent of mobile searches on Google are for restaurants. Independents are way behind in having mobile-optimized websites (only 5 percent) and in offering online ordering (8 percent). Overall, independent pizzerias and small chains account for about 17 percent of online/mobile pizza orders.

In contrast, the large chains have invested heavily in online ordering. Domino’s allows customers to order through a variety of smart devices, including a zero-click platform. Papa John’s offers a customized app for Apple TV. The top four chains have all surpassed 50 percent in total sales generated via online. This technology advantage translates into increased order conversion, average ticket and order accuracy for chains. And there’s a cost advantage as independent restaurants pay about $2 per online order to vendors such as GrubHub, whereas Domino’s charges its franchisees 21 cents per digital transaction.

Menu Innovations. The most significant menu change in recent years is with fast-casual pizzerias that offer greater choices and personalization. Both small and large chains have copied this artisan approach offering more toppings with some success. Pizza Hut even introduced a “Hand-Tossed” pizza with a lighter crust to try to create a more authentic, unique experience.

Besides the fast-casual approach, large chains dominate new menu innovations with their sizeable budgets for R&D and marketing. They rely on limited-time-offers (LTO’s) to test and validate new topping creations, before launching nationally with big dollar advertising campaigns. For example, Papa John’s introduced pan pizza in the fall after testing at a few corporate stores, where it reportedly outsold the regular crust.

As pizza restaurants compete for consumer attention against all types of foodservice operations, they must strive to get more creative in the kitchen. A recent Culinary Vision Panel survey on toppings offers some clues on where to start: When asked for toppings on their “dream” pizza, the top two responses were Mozzarella cheese at 79 percent, followed by Parmesan cheese at 57 percent. Clearly, cheese is what makes a good pizza. The top vote getters for toppings were pepperoni (55 percent) and mushrooms (50 percent), followed by sausage, onion and bacon, green peppers and tomatoes.

Also of note was the response that 70 percent surveyed said they would “definitely or probably order” a four-cheese pizza. Cheese blends offer pizzerias the opportunity to create custom flavors with consumers’ favorite topping. And breakfast pizzas were popular with Mozzarella, eggs, bacon, ham or sausage.

There’s an old business saying: Innovate or die. To compete in this busy space, pizzerias should test new specialty pizzas and offer LTO’s for pizzas with different flavor profiles and fresh ingredients. Check out our pizza recipes at CMAB.com/foodservice for new ideas.